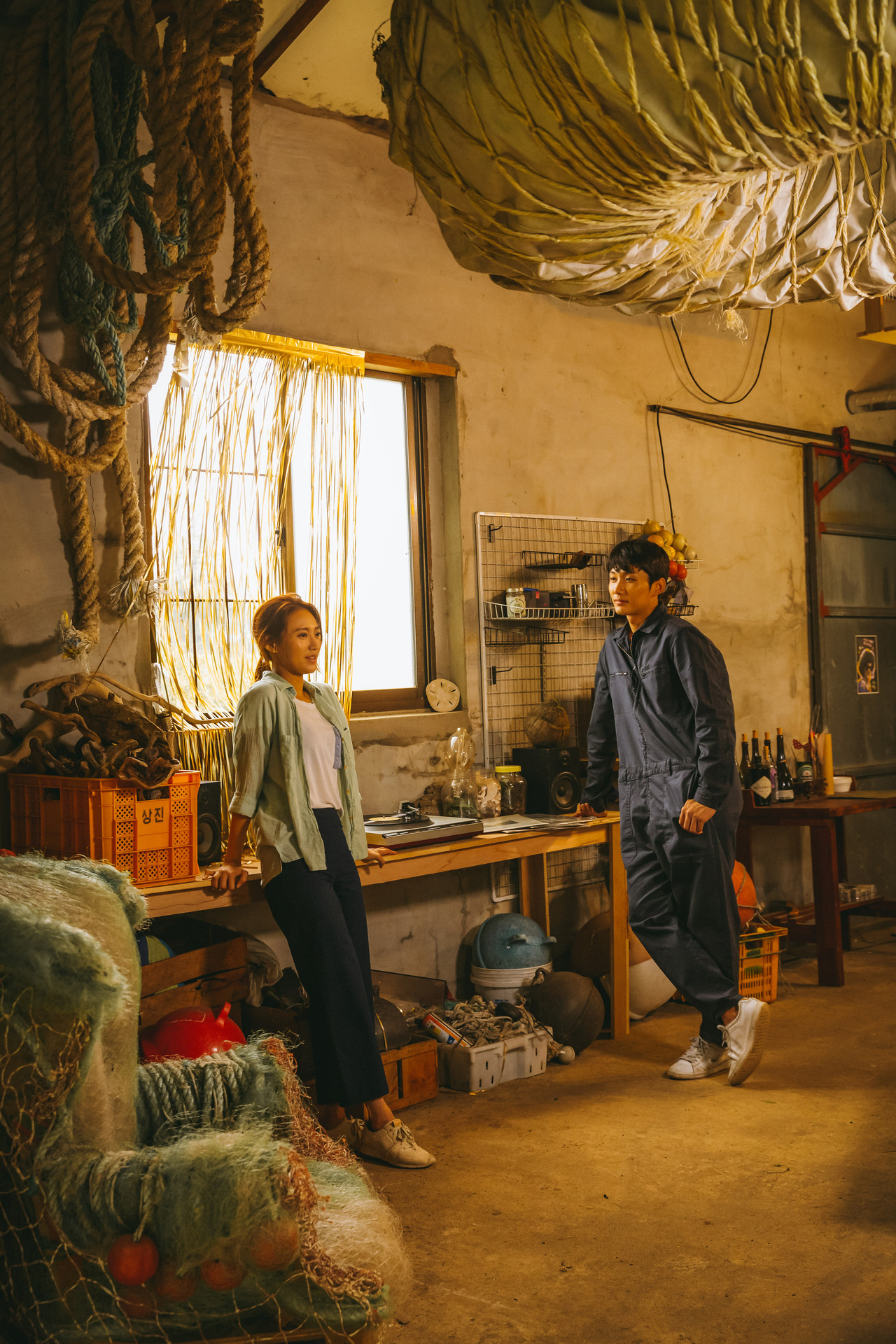 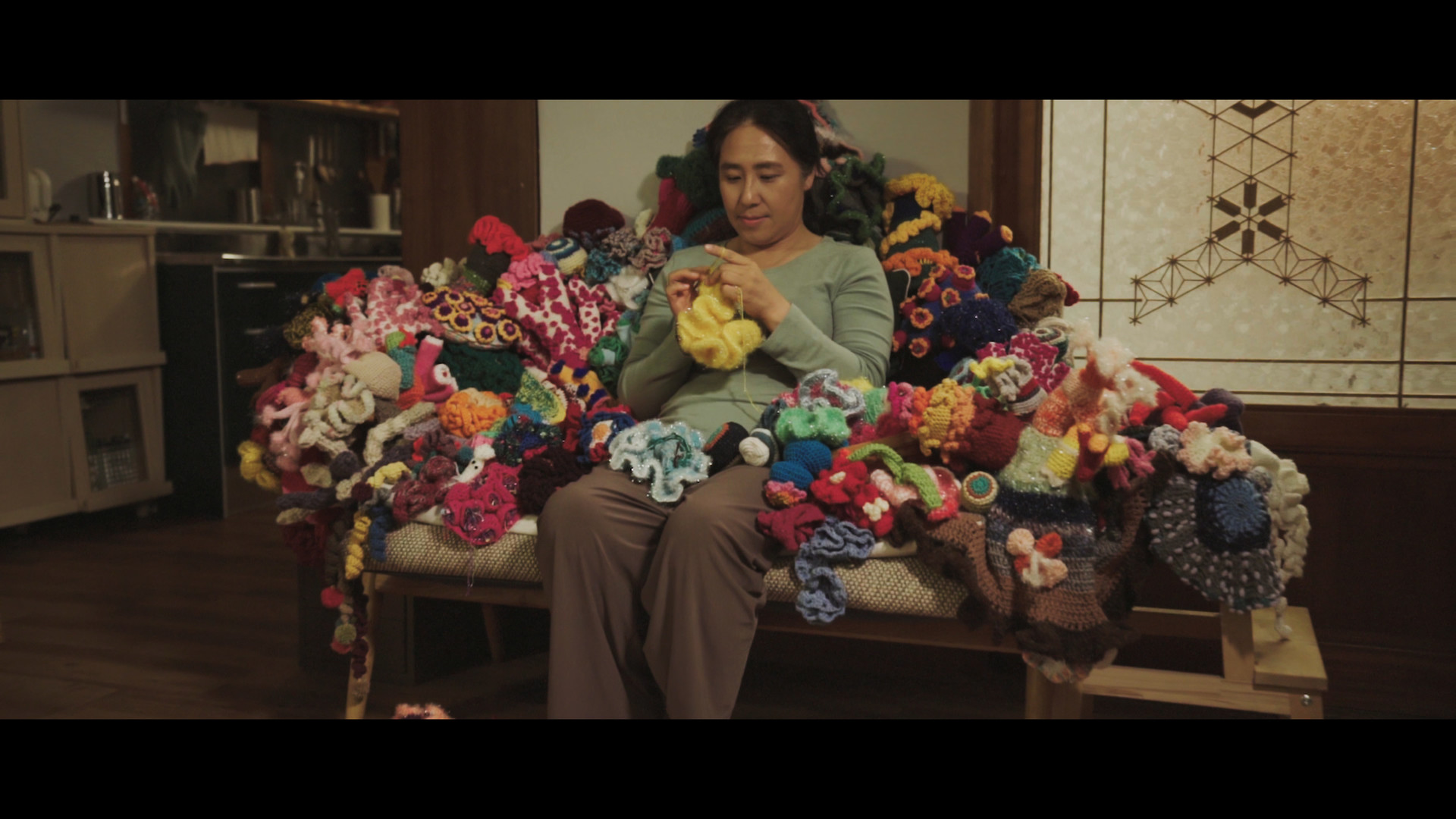 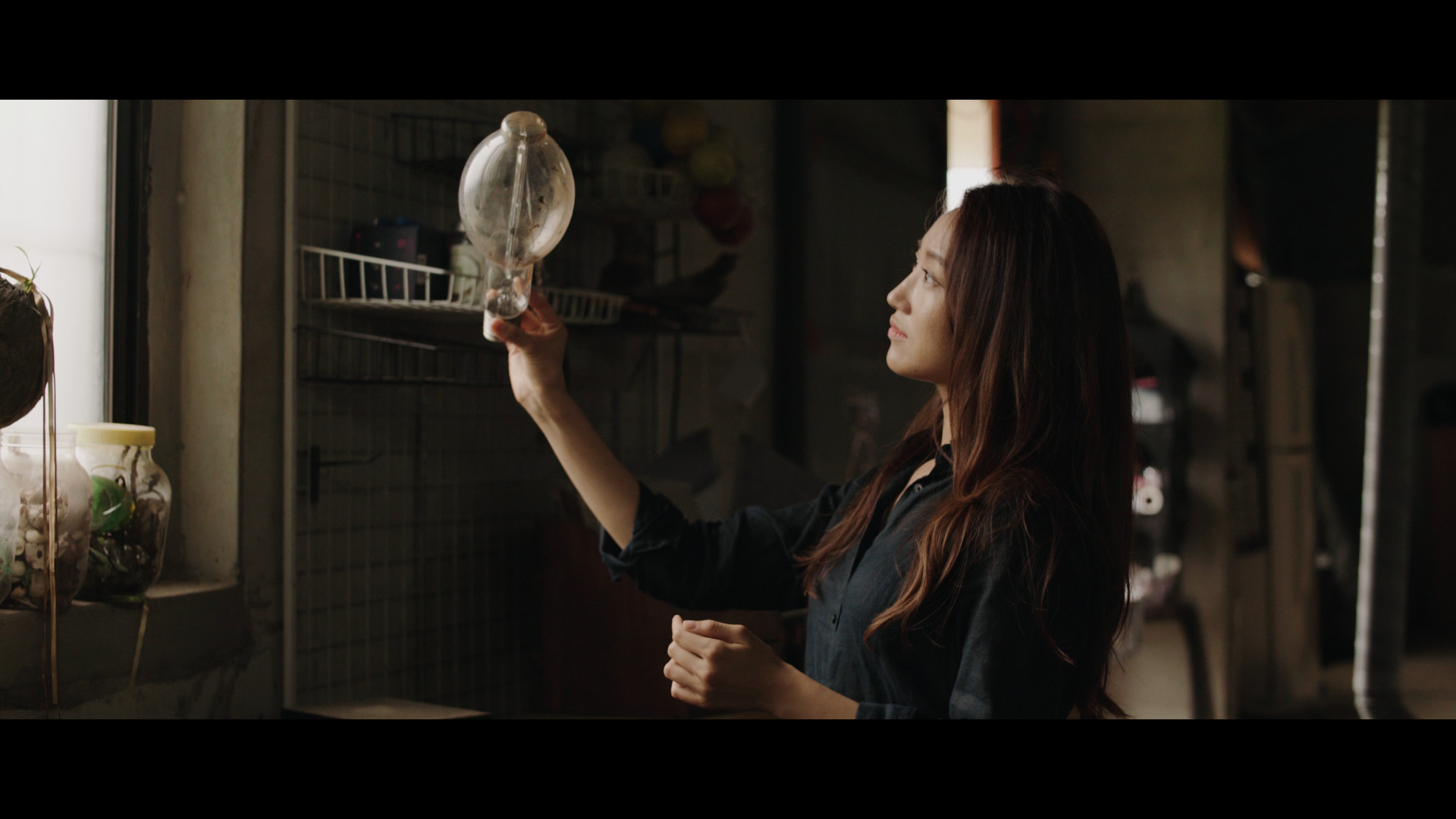 The Film "Its look Sunshine" is Outstanding

The film "It's Look Sunshine" arouses curiosity from the title. Anyone who knows that "Ichu-ru" is Jeju dialect would surely laugh at the director's wit. The creativity of the English version of the title, which is the same pronunciation in both Korean and English, is a fresh take on how Korean movie titles do not need to be translated to be attractive.

The movie is set in Jeju. Usually, when haenyeo appear, it is easy to put an emphasis on their lives and stories, but what this movie really aims to focus on is the environment. Especially, the film focuses on sea pollution. It tells the story of ordinary women; particularly, how ordinary plastic can affect the lives of women in fishing villages and their families. Th director could have easily resorted to using common stereotypes and stories about technical and heavy environmental topics, but fortunately, the movie flowed both compassionately and cheerfully.

The main characters are Young-eun and Seung-hwan. Young-eun is learning about photography from her neighbor and childhood friend Seung-hwan, but she is still searching for direction in her life. Then one day, an unexpected and unfortunate incident happens Young-eun&s family. Her mother, a haenyeo, is killed in an accident caused by deep sea waste. Young-eun then leaves Jeju due to the shock, but returns to Jeju after two years, just in time for the anniversary of her mother's death. She happens to meet Seung-hwan again by chance on the beach, and, as he always used to do, he is still picking up plastic waste that has been washed up on the beach. She picks up trash with her friend and figures out what she should do with her life. Shortly after, her friend Seung-hwan succeeds in sailing a plastic boat made washed-up sea trash across the Pacific Ocean. These two characters& stories make young people find hope for the future, and even though the movie was a short film of 21 minutes, the story contains glimpses of the next 100 years.

The fun of this movie is brought by unexpected twists. At first, I had some expectations that a love story might develop slowly with the appearance of young male and female characters. This was because one scene depicted a young man and woman who meet on a beautiful beach, which was reminiscent of romance. However, against the backdrop of romantic music, they worked hard to collect sea trash. It is organized as if it were a happy act. Cho Dong-ik's song "That day" adds strength to this scene. The beach-combing movement, which makes recycled works using sea waste, was portrayed as a lighthearted and playful act. This ended up being a much more fitting setting for a healthy friendship than a typical romance story.

In addition, Young-eun's mother misunderstood that Young-eun was drinking too much coffee and drinking wine during the day, so she hit her back and scolded her. The situation with the wine also leads to a twist later on in the story. Elements like these show the director's little creativity and playfulness.

The director's diverse career seems to have played a big part in the beauty of such a production. Along with his career as a one-man media producer, director Kim Seung-hwan is also the organizer of a cultural organization called "Good Talent." He worked with friends he met at a haenyeo school to sublimate marine waste into art. He participated in the work of more than 50 beachcombing teams in seven years. He was especially influenced by Um A-long, who makes plastic buoys with marine waste, and Kim Ki-dae, who turns a huge amount of marine waste into art. There are even several devices in the movie that contrast with plastic film., LP records, hand-knitting, and film cameras.

The dusty LP record in Seung-hwan's studio in the movie is a representative symbol of analog. In these days, when CD or digital music is rampant, and the sensibility of LPs and listening to old audio seemed to bring about a nostalgic feeling.

Young-eun's mother, who was a haenyeo, likes to knit. She is content after decorating her sofa with colorful threads in various coral shapes. This is because she seems comfortable surrounding herself with memories of the rich sea of her past. Because of the growth of marine pollution, sea life is not nearly as visible as it once was. Therefore, this coral knitting scene is a kind of marine environmental protection movement that sends a message to protect coral reefs. In the movie, these messages are melted into the story like hidden pictures. 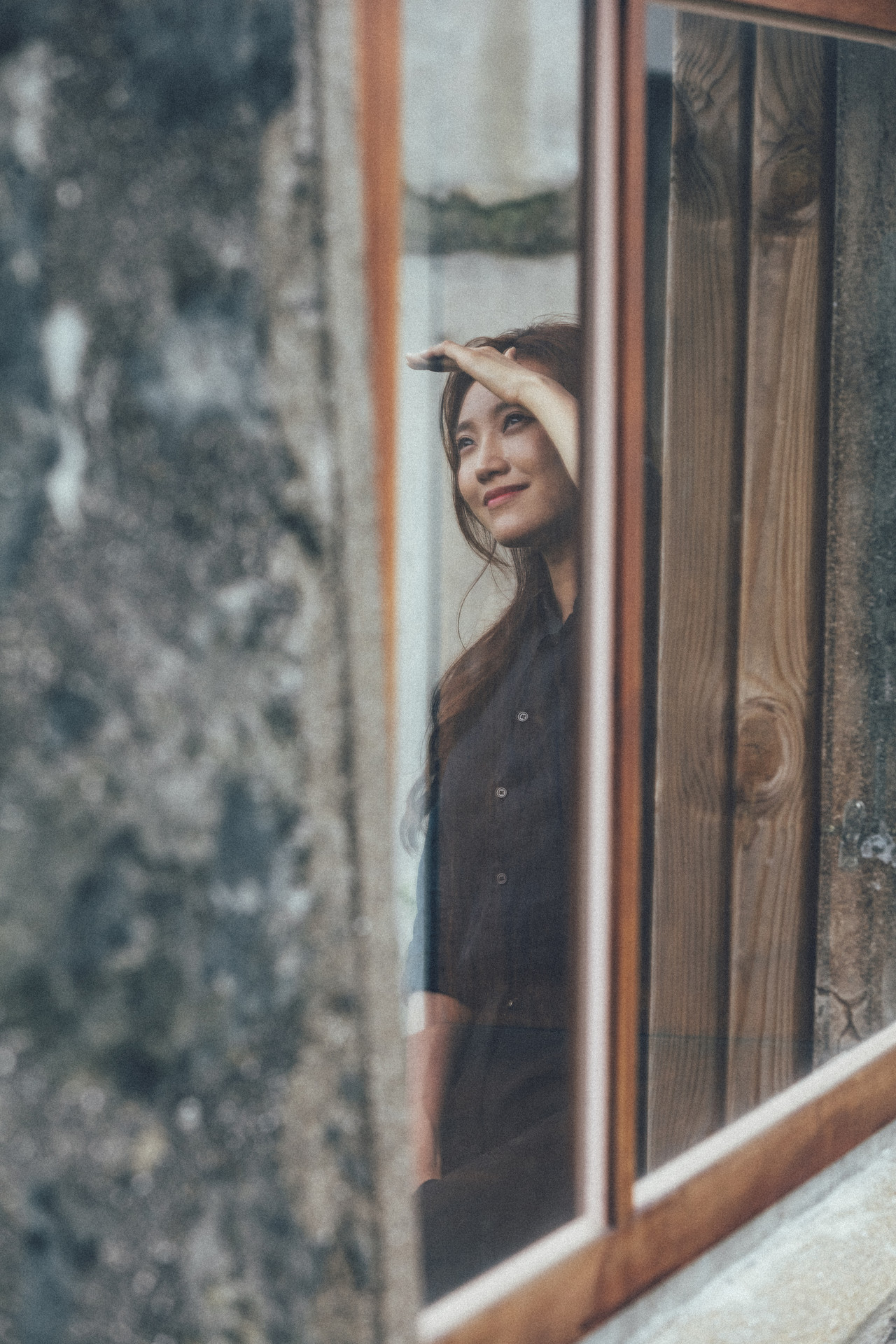 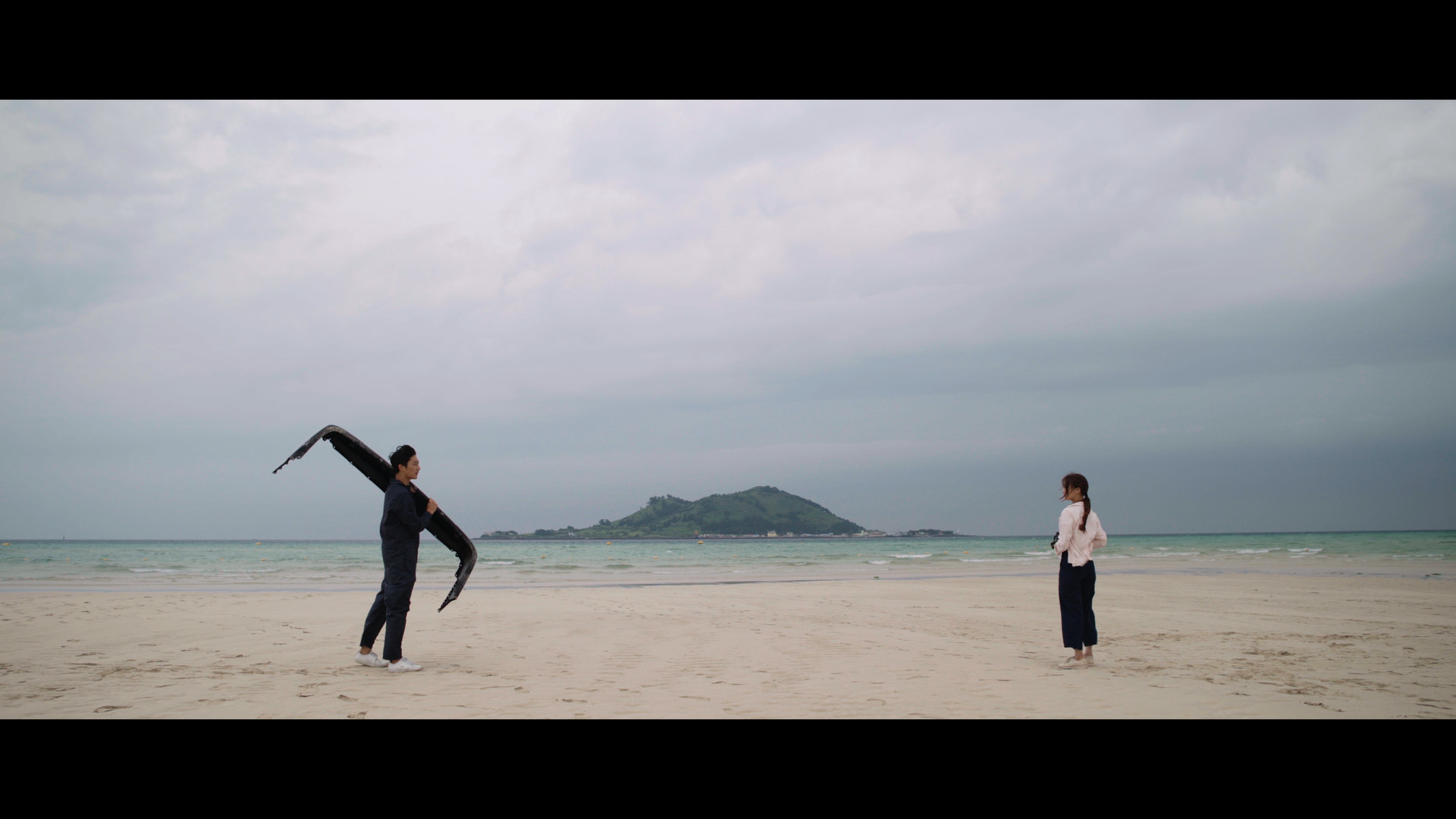 The quote, "Mom's dream was to revive the sea!" that accompanies a scene showing the mother dreamily swimming in a brilliant coral-filled sea shows the future we should all pursue. Actress Baek Sun-ah, who plays her mother, worked hard freediving during this scene to deliver this important message properly.

These days, when you can buy nylon items at a low price through home shopping, try to think about the deterioration and importance of sea life such as coral. These matters can no longer just be viewed in terms of value of efficiency.

In another example, Young-eun's film camera goes against the digital age. Instead of digital cameras that take pictures indefinitely, we know exactly how limited one role of film is. The inclusion of such film cameras seems to emphasize the need to reflect on our lives now that we realize that the Earth is no longer infinite. Young uses coffee and wine instead of chemicals to develop films. The rest of the tools she uses in her film development process are none other than the plastic dumped on the beach. Seemingly useless trash has been repurposed and reused to create her beautiful pictures.

At the end, Seung-hwan collects plastic bottles and succeeds in his self-imposed reckless challenge of crossing the Pacific Ocean. It may be a little far-fetched, but if we abandon his level of hope, the future will be bleak for us all. This is why it is important for us to accept this character&s hope, instead of thinking about how realistic the feat is. Maybe the male lead in this movie is the director himself. The director's desire for the possibility of environmental films being just as successful as mainstream commercial films. Isn't it this why director Kim Seung-hwan chose the name of the male lead as Seung-hwan?  I applaud the director's efforts to mix difficult topics with everyday life.